Will your next vehicle be Electric?

TTI is responding to industry trends within the automotive and transportation industries with a portfolio of leading franchises, technologies and products as documented in a new video and EV product guide. 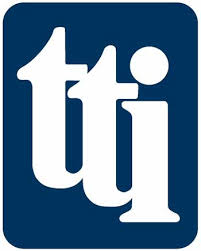 There are already over one million electric and hybrid vehicles on Europe’s roads, with EU sales of electric vehicles increasing by nearly 40% in 2017. In well-off countries such as Norway, 45% of all new car sales in September 2018 were electric; while in France, the UK, the Netherlands and other places, diesel engines will be banned by 2040. Other important influencing factors driving the move to hybrid and fully-electric vehicles include proposals by the EU Commission to reduce CO2 emissions by 2030. Many cities have or shortly will ban diesel or older, polluting petrol engine vehicles entirely. And although cars make the headlines, the uptake in commercial or industrial vehicles is significant, too. Sales of electric vans below 3.5T are growing at 23.1% with new players such as StreetScooter producing as many electric vehicles as the European market-leader, Renault. Small electric vans can achieve a range of over 300km on one charge, and are very cost effective due to low charging costs. Hybrid and electric bus sales are expected to quadruple by 2022 to achieve a market share of 20%. Long haul, heavy duty lorries are expected to appear by 2025.

In most EVs, there are five significant components that replace the powertrain of a traditional vehicle: electric motor; battery pack; inverter; on-board charger; and DC/DC converter. Key TTI franchises including Amphenol, Aptiv, TE Connectivity, TDK, Vishay, Murata, ITT Cannon and JAE address these applications with a broad portfolio of automotive approved parts, as detailed in the new guide. Comments Dermot Byrne, European Director Industry Marketing – Transportation at TTI, Inc.: “Although it’ll probably take until 2025 for electric cars to represent 25% of sales Europe-wide, and until 2030 for that figure to top 50%, it’s inevitable that diesel and petrol cars have had their day. With commercial and industrial vehicles the trend is even faster – in Shenzhen, for example, they have replaced their fleet of 16,000  diesel buses with electric vehicles. Europe is behind, but we are getting there.”