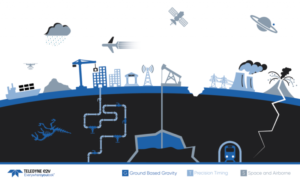 The most accurate clocks to date are optical atomic clocks – if they were to run for the entire age of the universe, fourteen billion years, they would go wrong by only a second. However, existing clocks of this sort are hard to build, very delicate and large, occupying several laboratory rooms. Now, using a new technology called the “superradient laser”, the iqClock consortium will make these clocks portable, and commercially viable. Applications include telecommunications, navigation, defence, geoscience, astronomy and fundamental science.

“Optical atomic clocks are the most precise time-telling tools known to man”, says Dr Ole Kock Technical Authority for Quantum Technologies at Teledyne e2v. “The challenge is their size and complexity that restricts them to laboratory use. Now, by using superradient laser technology we can help bring optical atomic clocks into the everyday world.”

Teledyne e2v’s role in this project is to build the atomics package including the vacuum and control system. This work will be undertaken by Teledyne e2v’s Quantum Technologies group, a team of more than 30 scientists and engineers, who are working with universities and academics across the UK to turn decades of quantum science into revolutionary new products and services.

The iqClock consortium is made up of both academic and industrial partners who share the same goal of bringing optical clocks closer to the market. Teledyne e2v’s partners include Chronos and British Telecom in the UK, Toptica in Germany, NKT Photonics in Denmark, and Acktar in Israel. Academic partners include the University of Amsterdam, University of Birmingham, Nicholas Copernicus University Torun, University of Copenhagen, TU Wien (Vienna) and Innsbruck University.

Previous Mouser signs global distribution agreement with Sudo Systems
Next The tangible benefits of VR are so broad, they are beyond tangible