RS Components (RS) was the partner for a challenge that saw 600 primary school children from across the UK submit inventions for a Guinness World Record attempt. 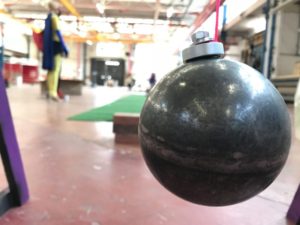 The challenge was to combine the highest number of children’s ideas to make a Rube Goldberg machine: a machine designed to carry out a simple task in an overcomplicated way, using multiple simple devices that trigger each other in a domino effect. The event was the brainchild of Kids Invent Stuff (KIS), an organisation founded to inspire primary school children about engineering and invention.

Held in support of the Year of Engineering 2018, a government initiative to inspire a new generation of engineers, the challenge set a Guinness World Record by combining the highest number of children’s ideas to make a Rube Goldberg machine – 60 ideas were used in the creation. Individuals, schools, clubs and other groups were invited to download challenge worksheets from the KIS website, which included additional practical activities that children could complete at home to encourage them to learn about key engineering themes for the challenge. 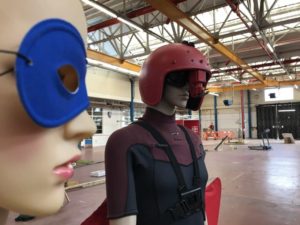 They were given the opportunity to draw and submit their own invention ideas ahead of the build, which was then executed by experts and volunteers at the Institute of Imagination in London from 6th – 13th November, with the build and testing taking place over a 7-day period, followed by the Guinness World Record attempt. Each part of the machine was labelled to credit each young inventor’s contribution.

Ruth Amos, KIS co-founder and a practising engineer and inventor, said: “We really wanted to hold an event that would highlight the government’s Year of Engineering initiative and inspire primary school children with an invention project. The fact that a Rube Goldberg machine is so visually engaging, and there was no current world record set for it, led us to develop this idea.

“The enthusiasm and curiosity of young school children in play and experimenting makes them the ideal ‘proto-engineers’, and sparks lit at this age can last a lifetime when it comes to inspiring a new generation of engineers. We’re thrilled to have set a world record with the help of the UK’s primary school children – and of course partners such as RS – and hope this participation will inspire the children to pursue further engineering and invention adventures,” she added. 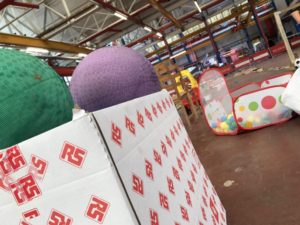 RS supported the Rube Goldberg project as the principal partner, which included a donation of a plethora of products for the project. Laura Giddings, RS STEM Education Manager, Northern Europe, said: “The idea behind this challenge directly mirrored our for the inspired campaign, with the aim to inspire tomorrow’s engineers, which is why we were delighted to be involved. Finding ways of engaging children at a young age in the world of engineering and technology is vital for the future of the UK engineering industry. The children who participated in this challenge – whether or not their inventions were used in the final build – have had their interest in this area ignited, and that is our main goal.”

The RS and Kids Invent Stuff partnership started earlier last year, with initial support of the successful KIS YouTube channel, which has received almost 500,000 views to date. The partnership has extended, with Ruth supporting RS at events such as the Year of Engineering event at Kings Cross St. Pancras and the 2018 New Scientist Live show.