Automotive electronics testing is one of the most exacting of all test and qualification protocols before production release because of the safety and liability considerations. 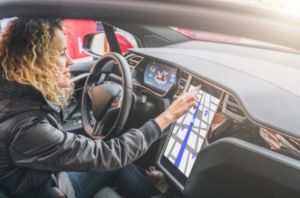 The AEC Q100 revisions, ZVEI and its French equivalent SIA for accelerated environment stress tests not only list the time or number of cycles that batches of samples have to be tested for, but ISO26262 also defines the set of mission profiles per product application in the car, and therefore potential associated risks and failure mechanisms to cover during the qualification. Each test takes a fixed amount of time so it can typically take a year or more to run the battery of tests required for a new chip design, and can be cumbersome to reach the actual FIT level required by the standard. This is because most test facilities only have the capacity to run these tests one after the other. However, Presto Engineering has announced that it has a fast track programme that can cut test time down from a year to as little as four months. This is possible because Presto has the overall oven capacity to run the tests in parallel rather than one after the other, and localised production test cells for read-outs of intermediate chip characteristics during the qualification protocol.

“Time to market with a new product gives a company a vital competitive edge. Indeed, Safe Launch ASIC adoption in the Automotive industry requires more and more to re-qualify ASICs that are already JEDEC compliant but not against zero defect readiness program imperatives,” said Cédric Mayor, Presto’s chief operation officer. “Now, instead of having to wait a year to find out if a new product passes all the tests, we can fast track a product through all the tests in around four months by doing them simultaneously. If there is a problem, a test and reliability engineering cycle of only four months enables any issues to be resolved far faster than a cycle taking a year. This enables a fully qualified product to be brought to market months or possibly years faster than before.”

Presto’s Normandy Hub test and qualification facility was acquired by the company from NXP in 2010 along with its highly experienced staff and Presto has continued to add test equipment to create the largest independent test facility in Europe. A key part of this expertise is the in-house design and manufacture of the hardware needed for testing along with writing the testing control software specifically for products that need burn-in or special conditions such as optical stimulation or RF simulation during burn-in. This combination has enabled it to retain and grow its Tier 1 automotive customer base with international companies from around the world.

Martin Kingdon, Presto’s VP of Sales, added, “Companies have tried using test facilities in Asia but encountered issues with slow response times, long lead times and slow testing regimes. The automotive industry is moving a very fast pace now with all the innovations being developed in the drive to go electric. Being first to market can make all the difference so time to market is of the essence. Our Normandy Hub is centrally located to provide rapid responses to European customers. We are in the same time zone and fully understand all the details of automotive qualification and test. The latter is very important as we can draw on our extensive experience to guide customers through the process and tailor the testing to suit the final application of the product. For example, which are the most appropriate stress tests or what additional tests should be done because of the actual application to avoid possible problems later. This level of expert advice also really sets us apart from our competition.”