The manufacturer of the world’s smallest IR sensor, JonDeTech Sensors, has gained a so-called design win with ShortLink. 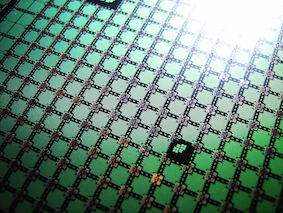 ShortLink develops power-saving electronics for wireless communication. Prototype testing is now resulting in that ShortLink chose to move on with JonDeTech’s sensor. ShortLink’s choice of sensor means that JonDeTech intends to deliver the company’s presence detection sensor in a product for increased customer comfort that ShortLink develops to its customer. The purpose of JonDeTech is to land a commercial agreement in the near future. JonDeTech’s sensors indicate the presence of a person and activate a remote control in the product.

The presence detection product is expected to be launched in the first half of 2019, and will initially be addressed to the European market, and there after gloabally.

“JonDeTech’s sensor has a very favorable form- and price factor, and we see good opportunities to use the sensor in several current development projects,” said Martin Valfridsson, CEO of ShortLink.

JonDeTech’s sensors are very small and thin (thickness 0.17 mm) compared with conventional sensors, which enables them to be integrated into a variety of products at a low cost. JonDeTech is primarily aimed at international customers who develop applications in consumer electronics and the Internet of Things.