Leif Borg who is currently Production Manager for JonDeTech becomes interim CEO effective January 7, when current CEO Robert Ekström is leaving the company for another assignment. “Since we are now entering a high-volume phase and are facing an international expansion, we are also doing a reorganisation,” says JonDeTech’s chairman of the Board, Michael Olsson. 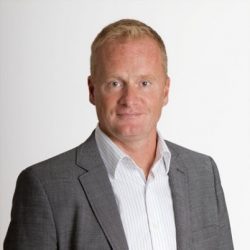 Leif Borg is a trained engineer with extensive experience in business development, organisational development, R&D and production and manufacturing. He started as Production Manager for JonDeTech in November 2018.

“JonDeTech finds itself in a very exciting position with an international expansion around the corner. I look forward to address the challenges that exists from a CEO perspective, as we now are entering a commercialisation phase,” says Leif Borg.

“We are conducting an important reorganization, as we are entering full commercialisation, high production volumes and international expansion. 2019 will be a very exciting year for JonDeTech. I also would like to thank Robert for this time and wish him the best of luck on his new assignment,”says Michael Olsson, chairman of the Board of JonDeTech.

JonDeTech sensors are very small and thin (thickness 0.2 mm) compared with traditional sensors, which allows them to be integrated into many different types of products. JonDeTech is primarily aimed at international customers who develop applications in consumer electronics and the Internet of Things. The company was listed this spring on Nasdaq First North Stockholm.