Business Secretary Greg Clark has announced new support for the UK’s leading aerospace sector and the next generation of transport to tackle ground congestion and pollution in towns and cities. 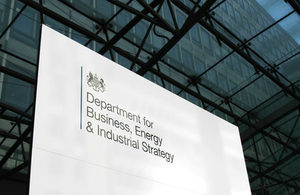 The deal will develop ‘Future Flight’ – including electric planes with vertical take-off capability, goods and service drones, to autonomous aircraft.

The package, announced yesterday at a government event in Bristol, also includes:

As part of the deal, the government is launching the Future Flight Challenge, which will provide up to £125 million to aerospace and other manufactures to research and engineer new technologies and infrastructure, which industry will match. This will support the development of electric and autonomous aircraft and transform the future of transport in urban areas as we utilise our airspace to ease congestion. Industry will initially focus on smaller aircraft and drones to ensure the suitability of the new technologies before developing them for larger passenger aircraft. It means that by 2026, the government and industry will have jointly invested more than £4 billion in the future of UK aerospace.

Speaking about the deal, Greg Clark said: “The UK’s contribution to the global aerospace industry cannot be underestimated. Half of the world’s modern large passenger aircraft have wings designed and built here in the UK; and every 2.5 seconds, a Rolls-Royce powered aircraft takes off or lands.

“But we are not complacent. The future of aerospace is cleaner, greener, and more efficient, and we want the UK to be the pioneers of new technology that will pave the way for increased electrification and autonomy in commercial aviation.

“This deal is our modern Industrial Strategy in action, combining the forces of government and industry to boost a sector that is vital to our future economy, export capabilities and will place the UK at the forefront of the next generation of air travel.”

Supporting the deal, Baroness Sugg, Minister for Aviation said: “The UK is a global leader in aviation innovation. From urban air mobility vehicles to small electric aircraft and drones, we are already developing exciting new forms of transport.

“Through the Future of Mobility Grand Challenge and alongside our forthcoming Aviation Strategy, we are exploring how these new technologies will change the way we travel, helping create the right conditions for the UK’s aerospace and drone industries to take off.”

The modern Industrial Strategy, published last year, sets out how the whole of the UK can build on its strengths, extend them into the future, and capitalise on new opportunities. Investing in science and research to keep the UK at the forefront of new technologies and the benefits they bring. Nurturing the talent of tomorrow – through more outstanding schools, world-leading universities and the technical skills that will drive the economy. And transforming the places where people live and work – the places where ideas and inspiration are born – by backing businesses and building infrastructure not just in London and the South East but across every part of our country.

It sets out Grand Challenges to put the UK at the forefront of the industries of the future, ensuring that the UK takes advantage of major global changes, improving people’s lives and the country’s productivity. The first four are focused on the global trends which will transform our future:

It has been taken forward at pace over the last year: