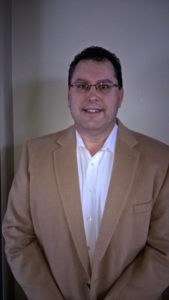 In this new role, Mr. Aszkler will be supporting MB Dynamics’ strategic sales growth objectives via the expansion and diversification of the company’s vibration, shock and acoustic test systems business, as well as its calibration and engineering service offerings, all within target markets and geographies of focus. Those efforts shall further include the building of strategic alliances with industry partners to create leading-edge solutions. Mr. Aszkler will also support customer technical troubleshooting requirements, acting as a liaison between sales and engineering.

Mr. Aszkler is a 25-year veteran of the testing and instrumentation space. He has served in a progressive series of leadership roles across the industry, including 13 years as the former vibration division manager at PCB Piezotronics (PCB). During his PCB tenure, Mr. Aszkler achieved an unprecedented 15 per cent year-on-year worldwide growth metric across all product lines of responsibility, while continuing to evolve the company’s shock, vibration and acoustic sensing technologies for automotive, aerospace, power generation, test and measurement and industrial requirements. Mr. Aszkler’s proven operational and executive leadership expertise led to subsequent roles as the president of the Tulsa, OK-based Gunnebo Johnson; and most recently, as president and general manager of Stahl Truck Bodies. Mr. Aszkler holds a Bachelor of Science degree in Physics from Siena College; a Master of Science degree in Electrical Engineering from the State University of New York at Buffalo; and a Master of Business Administration degree from the University of Rochester William E. Simon Graduate School of Business.

Of Mr. Aszkler’s appointment, MB Dynamics president, Richard McCormick, noted, “MB Dynamics is pleased to welcome Craig Aszkler to our team. He brings to his new position an already deep working knowledge of our offerings, customers, and the marketplace. This allows him, and MB Dynamics, to hit the ground running with an expanded world-class team, while immediately offering new and existing customers those value-added benefits.”