The Mayor of London, Sadiq Khan, has today launched the world’s most advanced and comprehensive network of air quality monitors to help investigate and improve London’s toxic air. 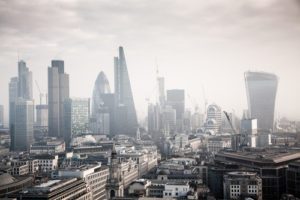 Breathe London will use a range of cutting-edge fixed and mobile sensors to build up a real-time, hyperlocal image of London’s air quality. The data these monitors collect from across the capital will provide an unprecedented level of detail about London’s air quality crisis and deliver new insight into the sources of pollution.

To deliver this world-leading project, the Mayor has collaborated with the Environmental Defense Fund Europe and Google Earth Outreach, who have equipped two of their iconic Street View cars with air quality sensors. These will take pollution readings approximately every 30 metres at tens of thousands of locations whilst they travel through London’s streets, building up a picture of London’s air quality over the course of a year and identifying areas of toxic air that the network of fixed monitors might miss. Meanwhile, 100 state-of-the-art fixed sensor pods will be mounted on lampposts and buildings close to known air quality hotspots and sensitive locations such as schools and nurseries.

The data generated by this new network will be available for the public to view on an interactive online map on the Breathe London website. The map will show Londoners the condition of the air they are currently breathing and allow more accurate pollution forecasting.

This project builds on London’s existing air quality monitoring network, operated by the boroughs and King’s College London. With more than 100 fixed monitors in use London’s existing air quality monitoring network is already the most advanced of any world city. The Breathe London project augments this by providing the ability to identify hotspots all over the city wherever they might be.

The Breathe London project is being delivered by a consortium led by Environmental Defense Fund Europe (EDFE) and funded by the Children’s Investment Fund Foundation (CIFF). The project itself was devised by City Hall and the C40 Cities – the leading global alliance of cities committed to addressing climate change. Once this approach and technology has been proven in London, the goal is to see it introduced in cities around the world.

The Mayor launched the project this morning at Charlotte Sharman Primary School in Southwark. As well as hosting one of the new fixed monitors, Charlotte Sharman was also one of 50 schools involved in the Mayor’s air quality audits programme last year. The school has now received £10,000 to help implement air quality improvements, including the installation of a new green wall.

The Mayor of London, Sadiq Khan said: “London’s filthy air is a public health crisis that leads to thousands of premature deaths in the capital every year as well as stunting the development of young lungs and increasing cases of respiratory illness.

“An issue this large and complex requires bold and innovative action, so I’m proud that we’re leading the world in establishing this new monitoring network – allowing Londoners to see the levels of pollution at a local level. This real-time data will also help us learn more about London’s toxic air and help us to put the right policies in place to continue our clean-up efforts. As a recent Aether report demonstrated, these actions will benefit all Londoners, but particularly those living in the capital’s deprived areas. I hope the success of this scheme will act as a blueprint for cities around the world as they battle their own toxic air emergencies.

“The launch of Breathe London is just one part of my campaign to improve London’s air quality, alongside cleaning up the bus fleet, funding a scrappage scheme for micro-businesses to remove the most polluting vans and the launch of the world’s first Ultra Low Emission Zone in central London in April. But we can’t win this battle without more help from the Government, who, as we saw from their hugely disappointing Clean Air Strategy yesterday, are still failing to take this problem seriously and offer the support London needs to tackle this public health crisis.”