Interface applications are among the toughest challenges in the process industries. 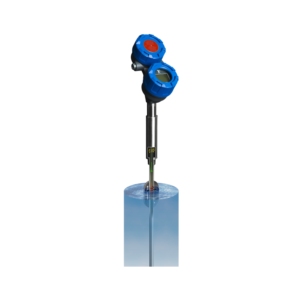 In the oil & gas and petrochemical industries specifically, the need for interface measurement arises whenever immiscible liquids, those incapable of mixing, reside within the same vessel. The lighter medium rises to the top and the heavier settles at the bottom. Immiscible liquids meet along an interface layer where they undergo some amount of emulsification. This emulsion layer (also referred to as a “rag” layer) may form a narrow, distinct boundary, but more frequently it is a broader gradient of the mixed liquids. Generally, the thicker the emulsion layer, the greater the measurement challenge. Measuring this liquid-liquid interface requires instrumentation that is precise and reliable. While monitoring the top, or total level, is critical for safety and overfill prevention, knowing the level of an interface is necessary for maintaining product quality and operations efficiency.

Recently, Magnetrol was able to assist a refinery in Germany with improving their interface level measurement in a separator. This refinery, one of the largest in the Bavarian region, produces around eight million tons of crude oil every year. Their process equipment includes a petrol-soapy water interface, and salt from the soapy water enters the petrol after a certain period of time. This was causing a longer runtime of the petrol through the upper media. It also changed the dielectric value of the petrol. This changing value was causing malfunctions in the interface level measurement system they were using at the time—sometimes up to a 20 per cent mismatch of the interface level. The instrumentation failed six times in a period of two years.

Magnetrol suggested the use of magnetostrictive technology to monitor the liquid-liquid interface. Magnetostrictive level measurement uses a low-energy pulse that travels the length of a wire. A return signal is generated from the precise location where the magnetic field of a float intersects the wire. A timer precisely measures the elapsed time between the generation of the pulse and the return of the acoustic signal. Each cycle occurs ten times per second, providing real-time and highly accurate level data.

Magnetrol installed the Jupiter JM4 magnetostrictive transmitter in the application. The JUPITER JM4 was able to measure the interface more precisely than the previous level transmitter, as the density of the petrol was not affected by the salt in the same manner as the dielectric. No interface measurement is identical, so having a breadth of level technologies to choose from is critical. In this case, relying on a technology with floats that utilizes buoyancy principles provided improved interface level measurement. Since installation of the JUPITER JM4 eight months ago, there have been no level instrumentation failures and the magnetostrictive technology has assisted in preventing water from entering equipment downstream of the separator.