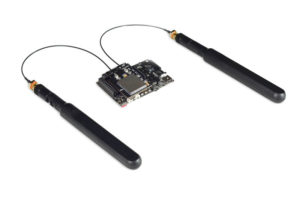 In a market context that demands greater maturity and homogeneity in communication protocols, the integration of NB-IoT technology in Libelium’s sensor platform is part of the company’s new strategy to offer customised projects that require specific configurations. “In our 13-year history we have integrated more than 15 communication protocols and we understand the fragmentation of IoT market requires different protocols depending on the application NB-IoT is a promising technology and we want to include it in our portfolio,” says Alicia Asín, co-founder and CEO of Libelium.

With this development, the Spanish company launches the first NB-IoT kits that will allow developers to easily test this technology and accelerate the IoT adoption thanks to its open source API. Libelium will show the new development kits at Ericsson’s booth at the next edition of Mobile World Congress in Barcelona.

The NB-IoT connectivity, integrated in a module manufactured by Quectel, offers great reliability by including global coverage for all geographies and by its compatibility with three types of networks: NB-IoT, LTE-Cat-M and even current GPRS networks so fallback is ensured in case NB-IoT coverage is not possible at some point.

Thus, for IoT projects deployed in rural areas where there is still low coverage of the NB-IoT network, this device will allow the use of other alternative communication technologies in addition to the possibility of location through the GNSS module included.

Libelium is working in collaboration with Ericsson to make the new NB-IoT connectivity compatible with the LWM2M protocol used by Ericsson in its configurations with this technology.

NB-IoT technology offers features for sending data as important as long range and low battery consumption. When the NB-IoT network is fully deployed, this technology will allow long-range coverage even to areas where other protocols such as GPRS do not reach now.

“Testing before investing is critical for IoT projects. Now clients can test Libelium sensor platforms with many radio technologies including NB-IoT before launching large investments,” comments David Gascón, co-founder and CTO of Libelium.

Libelium offers, through The IoT Marketplace, two IoT kits with different configurations including hardware and NB-IoT connectivity so that project developers can test this technology and move towards scalability of investments.