Ammonia vaporisation changes the state of ammonia from a liquid to a gas. Vaporised ammonia is important for use in industrial refrigeration and in pollution abatement technology, such as selective catalytic reduction (SCR) systems used to neutralise nitrogen oxides from large electric utility and industrial boilers. 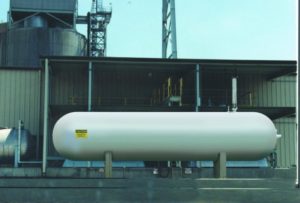 Although ammonia is generally shipped and stored under pressure in its liquid form, it is most frequently used in its vapor state. Aqueous ammonia vaporisation uses heat to evaporate an ammonia and water mixture. The liquid is mixed with atomising air and dispersed into the vaporisation chamber as a fine mist where it is heated until it vaporises. The air, ammonia, and water vapour mixture is then transferred to the injection grid.

Throughout the process industry, modular fabrication has become a viable option to field construction for owner/operators, OEMs, and plant engineers. From zero site disruption during fabrication to plug-and-play commissioning, single- and multiple-skid systems have become more popular in recent years. Nearly any unit operation can be fabricated as a self-contained, modular skid system. While most skids are housed within an open structural framework, a skid maker can also fabricate the skid system inside a standard shipping container.

Previous Is your network holding you back from creating a Smart Factory?
Next The TASI Group acquires Sierra Instruments