IoT Beyond PoC: A shift in mindset

In this article, Jason Kay, IMS Evolve, discusses how in many cases the goal of an IoT implementation is dictated by the technology, but just because the technology can provide a solution for the business, it does not necessarily mean it is the right one. 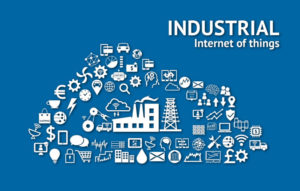 The Internet of Things (IoT) is having a huge impact, with experts anticipating a significant increase in adoption of the technology, particularly across the enterprise. Growth Enabler predicts that the global IoT market is set to grow to $457.29 billion by 2020 driven in part by the acceptance, adoption and business applicability of IoT across numerous sectors. According to research from Vodafone, the number of IoT adopters across all industries has already more than doubled since 2013, equating to 29 per cent of organisations globally and demonstrating how compelling the case for IoT is to businesses. However, the results from Cisco’s IoT deployment survey show how decision makers must place greater emphasis on business objectives when implementing an IoT project; 60 per cent of IoT initiatives stall at the Proof of Concept (PoC) stage and only 26 per cent of organisations have had an IoT project that they believed to be a complete success.

The conclusions of the Cisco survey may appear stark for some. IoT technology was developed with the aim of improving business efficiency and increasing value for adopters, however according to the research, it appears the full potential of IoT is so far, not being truly realised. If businesses do not achieve full value from their IoT deployments, then the growth rate of IoT could be at risk, and as a result businesses could potentially become hesitant to adopt it.

In reality, IoT has the potential to truly revolutionise technology and provide businesses with invaluable benefits, including increased efficiency and greater insight. However, it is vital that organisations and the technology vendors they collaborate with, take a considered approach to guarantee the future success of their project – and this requires a particular mindset.

In many cases, the goal of an IoT implementation is dictated by the technology. But just because the technology can provide a solution for a business, it doesn’t necessarily mean it’s the right one. As such, a shift in mindset is required across the IoT industry to prioritise the essential question when considering an IoT project: ‘why?’

Rather than putting the technology first and asking the question, ‘what technology is available and what problems can it solve?’ stakeholders should prioritise the business issues and ask, ‘what problems do we have, and how can technology help?’. Organisations constantly face challenges on multiple fronts, and collaboration across multiple teams and functions within the business is required to truly determine which solution implemented in which area will contribute the greatest effect on core purpose, and provide the biggest reward.

Consider the rip and replace IoT solutions as an example. There is an opportunity for industries such as food retail to achieve substantial benefits and efficiencies from implementing IoT technology. However, a rip and replace solution to extracting the data from their estate would not be feasible as the industry operates a fast moving environment with low margin consumer goods and a high cost of infrastructure.

Suspending operations or shutting stores for re-fit risks impeding customer experience, loyalty and brand reputation, and diminishing the potential business value of the solution. As revealed by the Cisco research, the value from IoT must be generated quickly, with as little disruption to the business as possible, or the project will quickly stall. By leveraging the existing infrastructure and deploying an IoT layer across the existing environment, organisations can unlock the data that is inherent within it and achieve ROI and tangible value within a matter or months, even weeks. Rapidly releasing value from IoT is essential in adopting an outcomes-led strategy and accelerating the shift into digitisation with low capital investment and high return on investment.

With full business-wide collaboration and an outcomes-led approach, businesses can partner with vendors that can rapidly deploy sustainable, scalable and – above all else – valuable IoT projects. It is only through organisations deploying established and repeatable solutions that deliver results far beyond proof of concept, that IoT will be able to fulfill its true potential.