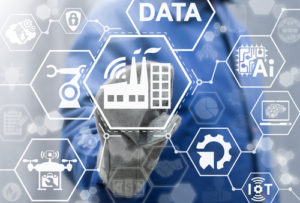 According to Jason Chester, director of Channel Programs for InfinityQS: “The report is indicative of what we are seeing across the manufacturing sector. Economic uncertainty fuelled by the lack of a final agreement on Brexit (despite Britain’s departure from the European Union being months away), in conjunction with the gradual decline of high-street retailers and a contracting construction sector is having a negative effect on supply-chain demand and restricting further growth. As a result, it can be tough to accurately gauge the current state of the UK manufacturing industry, as it appears to be in a state of constant fluctuation.

“Alongside rising costs for imported materials and increasing business anxiety, the manufacturing industry must remain resilient to any external threats that continue to put pressure on manufacturers of all sizes. Unfortunately, the lack of understanding surrounding technological innovations, including robotics, industrial Internet of Things (IIoT), automation, manufacturing intelligence, cloud computing, Big Data, and artificial intelligence, has meant manufacturers are hesitant to go digital. These opportunities can deliver significant benefits such as improved agility, cost reduction, and risk management, all of which are so badly needed by manufacturers in this current environment.”

Chester continued: “The problem is that firms seem to be taking the easier and ‘safer’ option by investing in labour rather than new technologies. We recently conducted a global client survey which revealed that 64 per cent of global manufacturers rate their own shop floor IT capabilities as ‘non-existent, weak, or just average-at-best.’

It is understandable that firms with smaller budgets are hesitant to scrap their existing machinery in favour of newer technologies, but it is equally ineffective to simply hire new staff without investing in the right technologies and connected systems for them to operate. Advancements in the IIoT and cloud-based data analytics now offer manufacturers the ability to operate far more efficiently, enabling them to accurately monitor and adjust their operations in real-time so they can remain competitive and adapt to an increasingly unstable global market.

“In many ways the manufacturing sector is the backbone of the economy, currently employing approximately 2.6 million people and accounting for 44 per cent of total exports. The importance of remaining as efficient and competitive as possible within the current economic climate cannot be understated, and the responsibility falls on CEOs and CIOs working in close collaboration with managerial teams to ensure their digital transformation initiatives are successful.

“Firms that take the initiative to future-proof their manufacturing operations by prioritising investment in IIoT and intelligence solutions will be able to navigate their challenges to emerge as leaders in the fourth industrial revolution,” concluded Chester.