High speed cameras are nothing new nowadays, but the innovation continues. Obviously, higher resolutions and higher frame rates are always sought after, but there are many more improvements to modern high speed cameras.

Many high speed cameras now include a second memory. This second memory is normally a non-volatile solid state drive (SSD), and typically a far greater capacity than the standard DRAM, which allows a very fast backup from the DRAM, where the fast recordings are first recorded, meaning much reduced times between tests. IDT’s OS Series is a very good example of this. To eliminate the need for download at all, streaming directly to SSD is the recognised technique, but more modest rates have to be adopted, due to the write speeds of the memory. 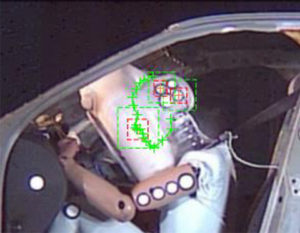 However, IDT’s latest cameras can now record at exceptional rates straight to a large SSD, so you can enjoy the best of both worlds; recording at thousands of frames per second at full HD resolution (1920×1080 pixels) for minutes.

IDT are always exploring new ways to manage memory to make cameras more versatile. Traditionally cameras can either be recording or playing pack. The R-Series is a brand new range for IDT, and had two SDI video outputs, one for a live image – which is always being recorded, and one for playback. Even when reviewing the images you have just recorded, you won’t be missing any action. This low-cost camera range is perfect for applications where intermittent events occur and require reviewing straight away, and another event can occur shortly afterwards. No longer will you need to risk reviewing the images, or wait until after the testing session. Ideal for production line fault finding, amongst other applications. 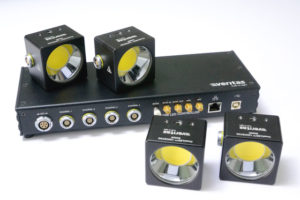 Position the camera where the action is

When you think of a high speed camera, what do you imagine? Probably a camera the size of a shoebox on a large tripod? Well, you’ll be very pleasantly surprised. It’s been many years since IDT made cameras of that size. IDT’s cameras are all very compact, with some being absolutely tiny, and despite the small size, the specification is what you would expect from a far larger device. The CrashCam Mini can frame at up to 2200fps at 3.5 megapixel resolution (2560×1440 pixels), and only measures 30x30x40mm. In addition, all IDT’s cameras are ruggedised and can withstand being in very hostile environments, so whatever you need to record, we should be able to put a camera there – we’ve even filmed for NASA in space – 3 OS cameras were mounted to the outside of the Orion spacecraft, and filmed during re-entry.

Many applications require more than one camera, and IDT’s networking hubs are as small as the cameras, so the whole system can remain very compact. You can even control most cameras from your phone, so even the control device is kept to as small a size as possible. Combine this with battery power, and the versatility is unmatched.

Although IDT cameras are very light sensitive, extra lighting is nearly always required. Veritas (a division of IDT) lights are equally compact and versatile as the cameras, and seamlessly incorporate into the same control network. They are all very powerful, and operate in two modes; either DC continuous (totally flicker-free), or pulsed, where the camera drives the lights. This has two advantages – boosting the light intensity, and creating more than one lighting network, so cameras are not blinded by unwanted light.

It’s not all about capturing images though

The purpose of carrying out engineering tests is to produce data. TrackImage and TrackReport softwares will extract data from the camera images (after calibration) and analyse the tracking data, together with other captured data, from sources such as accelerometers, pressure transducers etc, and produce automated reports in a variety of formats. The software is NCAP and JAE211 approved.

IDT will be at the EIS Instrumentation, Analysis and Testing Exhibition at Silverstone. Why not drop by to talk about your application.