Firms increasingly cautious on risk-taking in the supply chain

Companies are increasingly cautious over taking risks in their supply chain, with fears over their level of dependence on suppliers and sourcing from high-risk countries dominating their thinking, data in a new report shows. 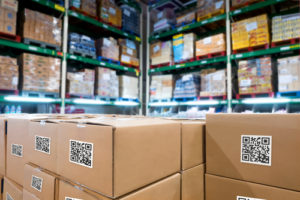 The data shows a decreasing trend in buying companies sourcing from suppliers in high-risk countries, chiefly driven by a 25 per cent drop in the manufacturing sector but also influenced by smaller but significant decreases in the wholesale, retail and finance sectors. Meanwhile, companies’ perceived dependence on suppliers increased during Q4 2018, thanks in part to a marked increase in the construction sector.

Buyers in the retail sector have the highest perceived level of dependence on their suppliers, with 89 per cent of relationships in Q4 2018 categorised as critical or key. The biggest increase is in the construction sector, where 40 per cent more relationships are considered critical than in the previous quarter, taking perceived reliance on key suppliers to a total of 80 per cent.

The report suggests sourcing from high-risk countries is most prevalent in the manufacturing sector, but a 25 per cent decrease in this metric during Q4 2018 suggests companies in that sector may be adopting a more cautious approach.

Dr Heather Skipworth, senior lecturer in logistics, procurement and supply chain management at Cranfield, said: “It is interesting to note that companies’ perception of their dependence on their suppliers has increased, especially in the construction sector. There are a number of reasons why this could be happening. Increasing levels of demand in the sector, possibly driven by Government incentives such as Help-to-Buy, may have put pressure on the domestic supply market. Equally, construction market consolidation could also cause this trend.”

Chris Laws, Head of Global Product Development – Supply & Compliance at Dun & Bradstreet, said: “Sourcing from high-risk countries has historically been highest in the manufacturing sector, but this most recent data shows a significant reduction. This could mean that companies are more cautious about offshoring to low cost economies, which are sometimes characterised by higher country risk.”