DLT restores trust in the internet

Bosch has reached the next milestone on the road to becoming a leading global IoT supplier. 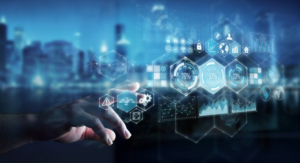 The company’s first step was to give cars, machines, buildings, and other everyday objects connectivity – millions of times over. Bosch sold 52 million web-enabled products in 2018 alone, over a third more than in the previous year. Using its open-source-based Bosch IoT Suite, the company has already connected more than 10 million devices from various manufacturers. Bosch is now working with partners to enable these things to communicate and interact in secure ecosystems. The leading supplier of technology and services is offering a glimpse into the future of connected mobility, industry, and life at Bosch ConnectedWorld 2019 (BCW19) in Berlin, an industry gathering featuring the tagline “From the internet of things to the economy of things.” Distributed ledger technologies (DLT) such as blockchain may well become the key technology in these domains. “By merging the physical and digital realms, we are making people’s everyday lives easier,” said Bosch CEO Dr. Volkmar Denner at BCW19, where he addressed some 5,000 technology buffs from the political, business, scientific, and public arenas. “In the future, things will not just be connected in order to communicate, they will do business together.”

DLT as key technology for the economy of things

Bosch is taking a strategic interest in these technologies, as they will usher in the “economy of things,” which will enable things to communicate independently with other connected things, and even enter into smart contracts on their own. In the mobility domain, for example, this could help expedite routine procedures. Services of all kinds could result, such as automatically billing vehicle owners for the use of toll roads, parking spaces, and charging stations.

A car that negotiates with charging stations

Bosch is working with the energy supplier EnBW on a prototype that uses blockchain technology to improve the e-car recharging process. The idea is to streamline and tailor the entire process to customers’ needs, so they can select, reserve, and pay for recharging services as they see fit. For example, the operator could combine the software developed by Bosch for cars with a smart charging-station manager to offer customers transparent pricing models, with the options varying in real time according to the availability of charging stations and green electricity sourced from renewables. The entire transaction – reservation and payment – is a fully automated blockchain operation. This service can factor other customer preferences into the equation. For example, a customer who has small children and likes coffee could opt for a charging station with a playground and cafés nearby. Initial trials with this new system are underway.

A car that pays its own parking fees

Bosch and Siemens are jointly developing a second application, a smart parking-management system based on blockchain. In the future, DLT will make parking considerably less of a chore. Cars will communicate directly with parking facilities in their vicinity and negotiate the best terms. As soon as the car reaches the entrance to the chosen parking garage, it will identify itself at the entry barrier, which will then be raised without the driver having to remove a ticket from the dispenser. The driver will also be able to leave the parking garage without further ado, since the vehicle will have already communicated with the exit barrier and settled the parking fee in a virtual transaction. Drivers will no longer have to keep small change at the ready or worry about losing their parking ticket. The two companies have installed a prototype at Bosch’s Renningen research campus and at the Siemens campus in Munich.

Distributed structures to restore trust in the internet

Distributed structures across the internet are at the core of DLT. Rather than a few platform providers storing data in their data centers, it is spread across numerous servers. “To build trust in digital ecosystems, we need open platforms and an internet in which users have the power to decide for themselves,” Denner said. This will bring real benefits to people. If users are “captive,” a web platform provider can change its terms of use at will. By gaining independence from the big internet players, users no longer have to blindly accept such changes. “We are building trust in internet platforms with these distributed structures. They enable many players to participate,” said Bosch board of management member and CDO/CTO Dr. Michael Bolle. Distributed platforms operated by an ecosystem encompassing numerous equal partners are also better protected against external attacks.

At Bosch’s initiative, representatives from leading international associations and organizations including the Institute of Electrical and Electronics Engineers (IEEE), Digital Europe, ETSI, the Eclipse Foundation, Trustable Technology, Plattform Industrie 4.0, the Industrial Internet Consortium (IIC), and the Trusted IoT Alliance will be meeting at the first Digital Trust Forum in Berlin on May 16, 2019. The main focus of the gathering is the question of how to build and safeguard trust in digital systems. By 2020, global IoT market volume is expected to rise to 250 billion U.S. dollars, an annual increase of 35 percent. “We cannot accept a situation in which the overwhelming reaction to digital innovations is mistrust and fear. For this reason, the aim of the Digital Trust Forum is to initiate open dialogue among experts to discuss the trust-related issues raised by the internet,” said Bosch board of management member and CDO/CTO Dr. Michael Bolle.

Previous Rohde & Schwarz wins contract for test equipment in the newly refurbished teaching laboratory
Next Is your network holding you back from creating a Smart Factory?