Eric Pipal has been promoted to vice president and general manager at Brooks Instrument. The company provides in advanced flow, pressure, vacuum and vapour delivery solutions. 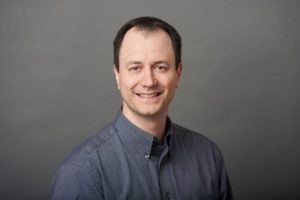 Pipal originally joined Brooks Instrument as an operations director in 2007. Since then, he has held positions of increasing responsibility within the operations department prior to taking a customer-facing role as manager of the industrial business unit in 2015.

“Eric has a strong leadership record, and we are confident he will lead the Brooks Instrument team to continued positive results in the future,” said Sharon Szafranski, group president at ITW, which owns Brooks Instrument as part of its test and measurement business unit.

He holds a bachelor’s degree in mechanical engineering from Penn State University along with an MBA in finance from Saint Joseph’s University.

“I look forward to working with the Brooks Instrument team and our customers in this new capacity,” Pipal said. “Brooks Instrument has a strong history of great people and a deep understanding of customer applications, coupled with a foundation of reliable, high-quality products upon which we can build. I’m especially excited about several key products we’re launching this year for biotech and semiconductor manufacturing, including new mass flow controllers equipped with EtherNet/IP and other features for bioprocessing, as well as new pressure-based mass flow controllers for semiconductor processing. Besides our ongoing support for the industrial markets, the biotech and semiconductor segments are important product development areas for Brooks Instrument.”