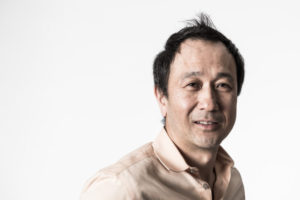 He is being recognised as a leader in the development of integrated circuits for digital imaging. IEEE Fellow is the highest grade of IEEE membership and is recognised by the technical community as a prestigious honour and an important career achievement. The total number selected in any one year cannot exceed one-tenth of one- percent of the total voting membership.

Dr. Nakamura’s career at Analog Devices spans nearly 25 years. In 1994, he joined Analog Devices as a senior staff design engineer in the High-Speed Converter Group developing ADI’s early technologies in CMOS data converters for embedded applications. Dr. Nakamura subsequently led ADI’s technology development for digital imaging until 2011 when he assumed the role of product line director for ADI’s Consumer Product Group. Since 2018, Dr. Nakamura has been leading the technology strategy for ADI’s Healthcare and Consumer Business Unit. In 2005, he was named an ADI Fellow for his contributions that drove ADI’s technical and commercial breakthroughs in the consumer imaging market.

Dr. Nakamura was a co-recipient of the SRC Inventor’s Recognition Award in 1992 and holds more than 20 US patents with several patents pending. He was selected as a finalist of the 2006 EE Times ACE Innovator of the Year Award. Dr. Nakamura holds a B.S. degree in electrical engineering and M.S. and Ph.D. degrees in Electrical and Computer Engineering from Carnegie Mellon University.