Katronic has provided an update to its previously published article of the measurement of energy demand on electric buses with the University of Applied Sciences Hamm-Lippstadt. 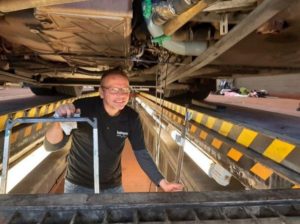 The initial feasibility study was completed in the summer of 2018 with the goal to investigate the ability of the Katronic KATflow 150 to measure the consumption of the heating system of electric busses. Owing to the success of these tests the project has now entered the implementation stage with a vehicle in service for the Verkehrsbetriebe Hamm, a local bus operating company.

In the autumn of last year, an engineer from Katronic assisted with the installation of the flow­meter KATflow 150, temperature sensors and modem on a working bus. This unit has since been sending live data to the project team helping them to make initial assessments in the results seen and the performance of both the vehicle, and the clamp-on flowmeter. The group from the Hamm-Lippstadt University of Applied Sciences in cooperation with the Stadtwerke Hamm is using the measurements to determine the consumption of the heating system. Once collated, this data will help calculate the operating range of the busses and allow managers to properly plan the number of new vehicles needed to be purchased to cover the designated routes. 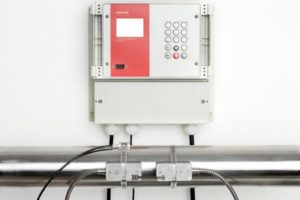 In order to meet the demands of this rather unusual application Katronic engineered a special version of the modular KATflow 150. The flowmeter has been configured with two flow inputs and four temperature sensors which enable the meter to calculate the heat quantity measurement of two seperate circuits. The data is taken simultaneously from both inside and outside of the passenger compartment and is then sent back to the remote control room wirelessly through a modem supplied with the device.

Once the live input from the Katronic device is received by the project team it can be evaluated and logged as part of the ongoing testing. So far the results received from the flowmeter are very promising and have been achieved without any technical concerns in spite of the fact that this has never been done in this way before. The plan is to now collate all of the gathered information and publish the findings before moving on to the next phase.